MJC saddened at the senseless killing of matric learner 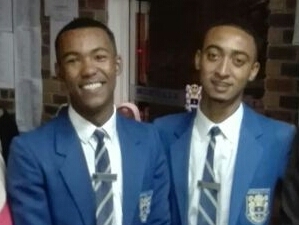 The Muslim Judicial Council (SA) offered its sincere condolences to the Alexander family on the loss of their beloved son, Abdul Muttalib who was killed in a drive-by shooting in Mitchell’s Plain.

Abdul Muttalib (19), was caught in cross-fire during a drive-by shooting on Saturday evening. According to his family, he and a few friends had gone to buy a Gatsby when they were shot. Alexander was wounded several times and was declared brain dead on Sunday whilst his friend Tauheer Samuels was shot in the hand.

“He was supposed to write Matric exams at Mondale Secondary School today,” the mother, Suwayba Alexander told the MJC Tuesday morning. “He was the youngest child out of three siblings. He was looking forward to his matric exams and told me he was going to get a good pass.”

Speaking on behalf of the MJC, 1st Deputy president Moulana Abdul Khaliq Allie expressed his dismay that society has lost a beacon of light within the community.

“Criminality has got no limits when it targets [and kills] innocent human beings. Here a young man whose parents have reared and nurtured him in the ideal environment. He was hoping to get the best of results for the matric exam but because of the criminal element, he cannot realize this dream. We know that all is in the hands of Almighty Allah but there is no justification for any criminal activity and behaviour in our society.”

We pray that Almighty Allah replaces the hurt and pain of the parents with contentment and the patience to deal with their loss, Ameen.

Caption – Main photo: Abdul Muttalib (left), was caught in cross-fire during a drive-by shooting on Saturday evening. His friend, Tauheer Samuels (Right) was wounded in his hand.