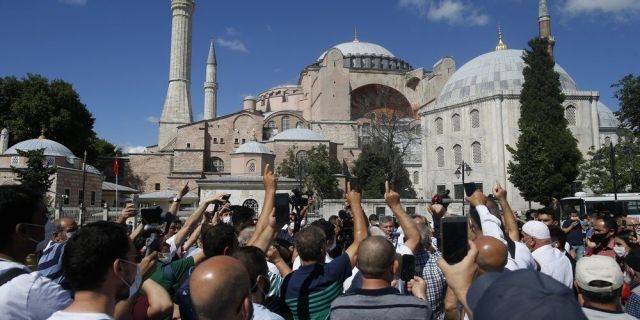 The Muslim Judicial Council (SA) welcomes the Turkish High Court ruling declaring the Hagia Sophia a Masjid. In 1934 the historically significant structure, to both Christians and Muslims, was secularized by former Turkey leader Kemal Atatürk, and was declared a museum in 1935, at the time the Hagia Sophia was as a Masjid for approximately 480 years.

The MJC commends the Turkish president Recep Tayyip Erdogan, who after the court ruling, immediately transferred oversight of the complex from Turkey’s Ministry of Culture to the Presidency of Religious Affairs. We are pleased that the public and judicial process, that started in 2005, was respected and allowed to run its course.

Places of worship hold great religious and sentimental value to faith communities, and the MJC notes the concerns raised in various quarters around the declaration of the Hagia Sophia as a Masjid since it also holds important religious and historic value to those in the Christian faith. To this day, even after its conversion to a Masjid in the 15th century by the Otterman ruler Sultan Mehmed II, the structure still exhibits historic Christian symbols of the period when it served as a Church. This is a strong indication of the respect shown to this historic structure by the Turkish government.

The MJC is confident that the Turkish government will be cognizant of the sensitivities around this declaration and will continue its rich legacy of preserving the history contained within the walls of this architectural landmark.