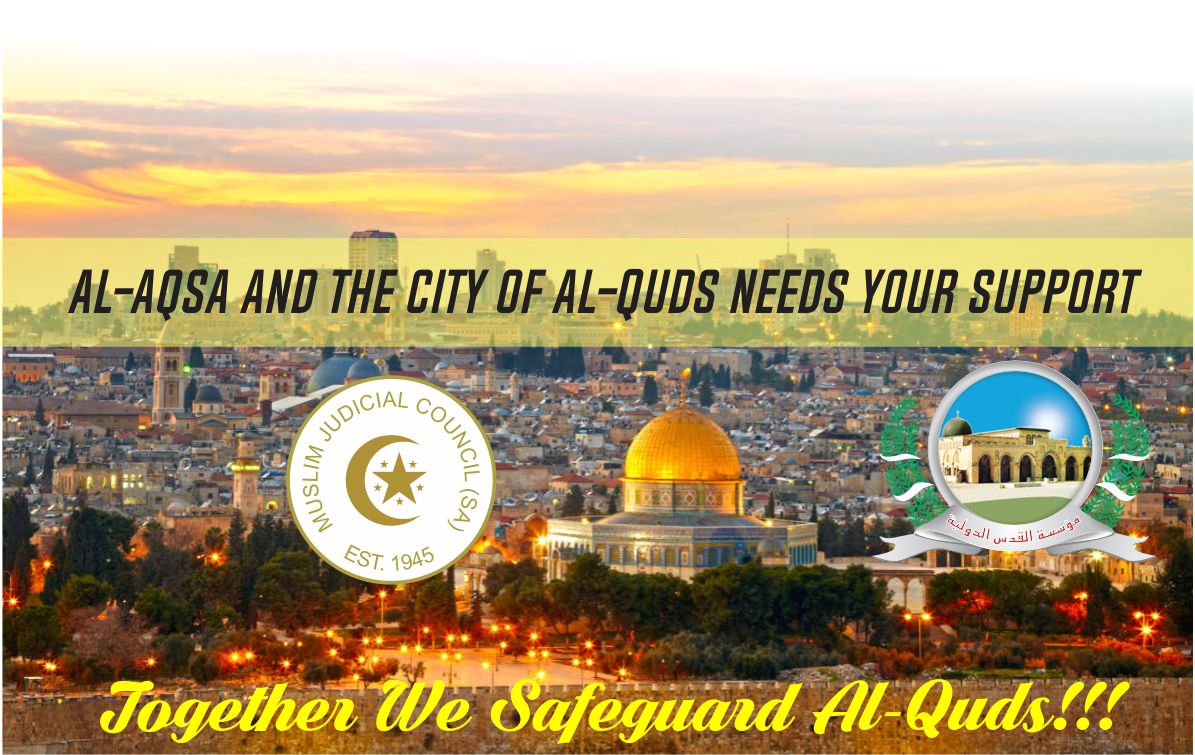 South African Ulama calls you to show your support for Palestinians in the Occupied Westbank as Zionists intensify their onslaught on Masjidul Aqsa Al-Mubarak.

What caused the latest violence at Al-Aqsa?
Three Palestinians and two Israeli police officers died in a gun battle in occupied Palestine on Friday, 14th July.  The Zionist Regime immediately closed down Majidul Aqsa mosque compound for Friday prayers – the first time since 1969.

On Sunday, Israeli forces opened the compound under new security measures including metal detectors and additional cameras. Muslims had been praying outside the mosque, Islam’s third holiest site, to protest these new measures that aim to further restrict access to the mosque and curtail their movements.

Zionist security forces regulate, restrict and monitor the compound of Masjidul Aqsa but give free access to extremist groups who enter the compound daily through the Moroccan Gate. This has long been a concern for Palestinians.  In the time of Arial Sharon, there was a motivation to install security cameras in and around Al-Aqsa compound. ”

The restrictive access for Palestinians and the free movement of extremist Zionist groups to worship at the compound “allows Zionists to seek the legitimacy of Masjidul Aqsa’s compound with the aspiration for the Jewish community to establish the Temple of Solomon on the ruins of Majidul Aqsa,” Moulana Ihsaan Hendricks continued.

What can you do?

Listen to the full interview with VOCfm here: