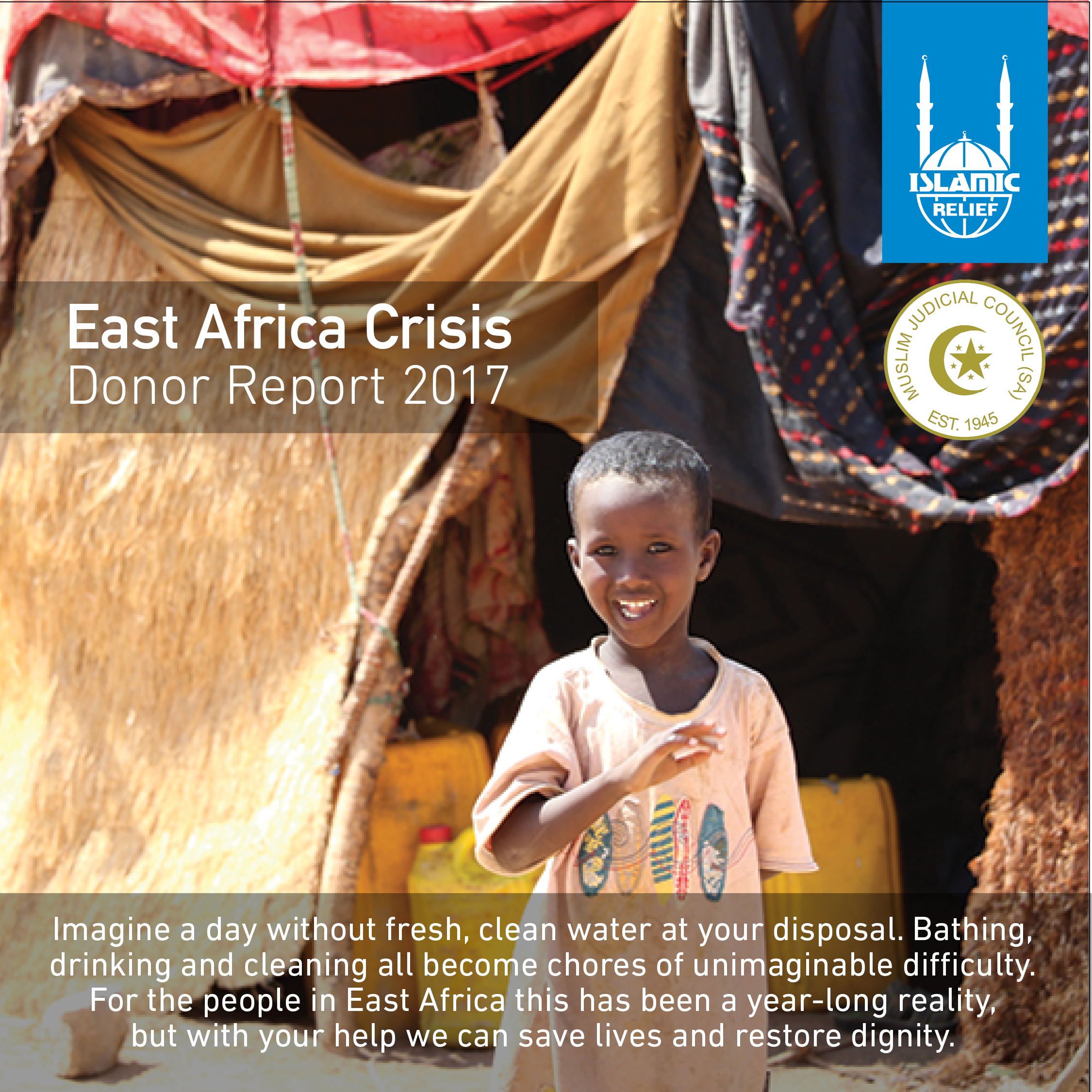 East Africa is in the grips of a devastating drought, with some areas already declared famine zones. [Read more] More than 22 million people — the majority of whom are women and children — are in dire need of food and medical assistance. Water sources have dried up, forcing families to migrate to nearby towns and informal settlements in search of food and water. Children are most at risk as they quickly succumb to malnutrition and disease.

In 2011, more than 260 000 people starved to death in East Africa because food aid was too slow in reaching them during a devastating drought. Countries most affected include Somalia, Ethiopia, Kenya, South Sudan and Sudan.

Islamic Relief is on the ground providing families and farming communities with emergency food assistance and water interventions, but many more people need our help. 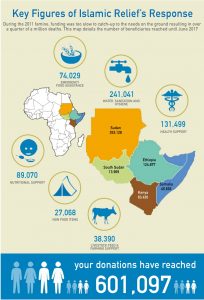 “All my years as a journalist and news producer was still not enough to prepare me for the sight when I visited my first refugee camp in Caynabo, a makeshift town that sprung up 120km from the main city of Burao in Somaliland. For three months, my job was two-fold. Firstly, I facilitated media and communications workshops to up-skill staff so that they could better report on Islamic Relief ’s emergency response to the drought and famine crisis in the region. Secondly, I spent time in the field visiting farming communities and refugee camps, hearing first-hand on how people were coping.

Self-made tents of 500 plus – no bigger than 3m by 3m – stretched as far as the eye could see. Swathes of plastic and cloth morphed into a village that housed those most often affected by disasters – women, children, the elderly and the disabled. Some families as large as 10 members shared that small living space. Hundreds flocked to the refugee camp on a daily basis, in desperate need of food and water. One woman told me that she had not bathed in two weeks – simply because there was just not enough water to even spare a bath. Here there are no formal latrines, sewage or even clean running water. Families have to choose between water for consumption or bathing, not both.

The state of the children broke my heart. They were forlorn, jaded and just lying in the shade to escape the cruel heat. One mother said she and her five children had not eaten in three days; this, after their family who previously supported them, themselves succumbed to the effects of the drought.

These experiences in East Africa have reaffirmed my commitment through my work to share the stories of especially those mothers and children who are living the most harrowing of realities. Join me in saving lives by donating to the Islamic Relief East Africa Crisis appeal.” Shanaaz is the East Africa media and communications coordinator for Islamic Relief Worldwide and was based in Nairobi for this report.

In another story, Tufail Hussain (Deputy Director, Islamic Relief UK) met Fatouma who heartbreakingly told him her story during his visit to Somalia this year. She lost her 3 young children due to the severe drought in Somalia.

How you can assist.

The MJC (SA), in partnership with Islamic Relief South Africa, will be conducting a special Jumuah collection drive at certain Masajid for the East Africa Crisis on Friday, 04th August 2017.

Additionally, you can donate by via EFT or payment directly to:

Don’t let brothers and sisters down now as they endure the same.