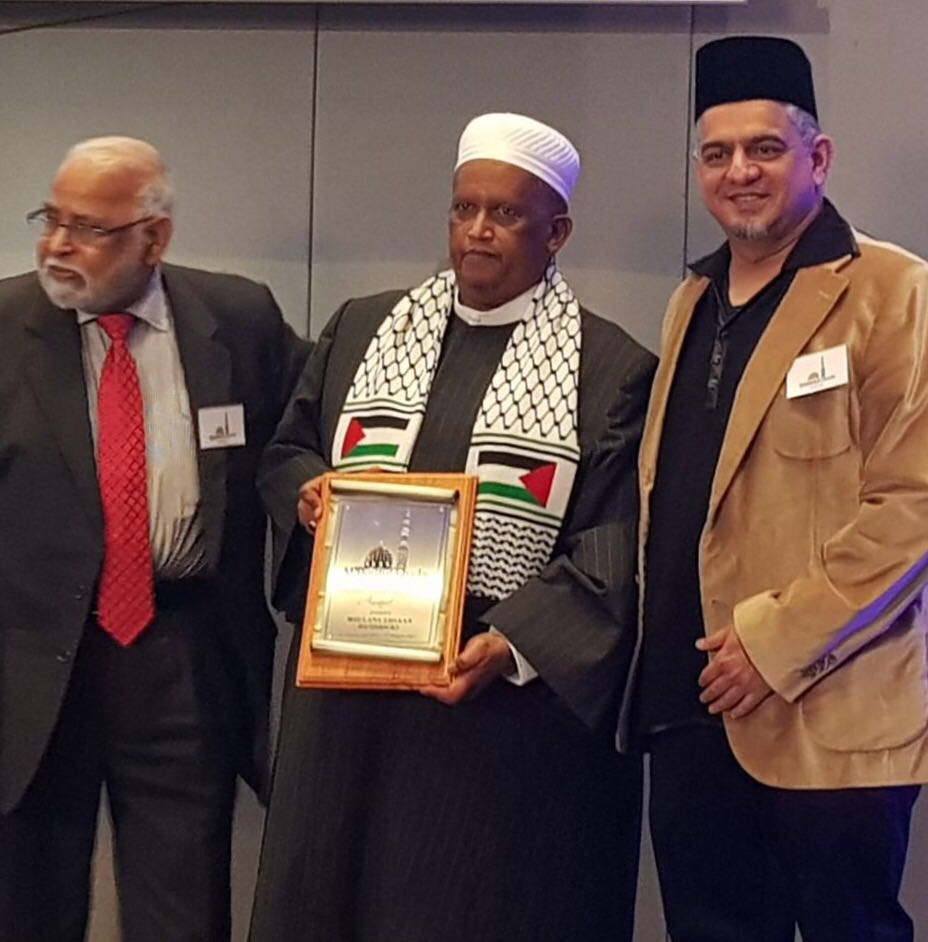 Al Quds Foundation SA director, Maulana Ihsaan Hendricks, was presented with an award last night for his tireless contribution toward the struggle for the liberation of Masjidul Aqsa and the land of Palestine. The Award was presented by the committee of Masjidul Quds (Gatesville).The MJC acknowledges the hard work and dedication of Moulana Ihsaan Hendricks, the former president of the MJC and current Director of Al Quds Foundation (SA). It is only through Moulana Ihsaan’s efforts that the South African community is aware of the untold suffering of the Palestinians under the hands of the Zionist regime.

His commitment to a #FreePalestine, is a beacon for all freedom-loving people and human rights activists, not only in South Africa but globally, to rally in support of the people of Palestine. Our most beloved scholar and citizen of the world is an inspiration to everyone. 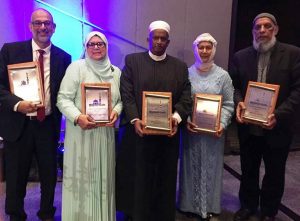 We would also like to convey our heartfelt appreciation and gratitude to Masjidul Quds (Gatesville) for recognising stalwarts in our community and honouring them in this manner.

We make Dua that Allah, in HIS infinite Mercy, grant Moulana Ihsaan Hendricks continued health and strength and guide him to remain at the forefront for a #FreePalestine.