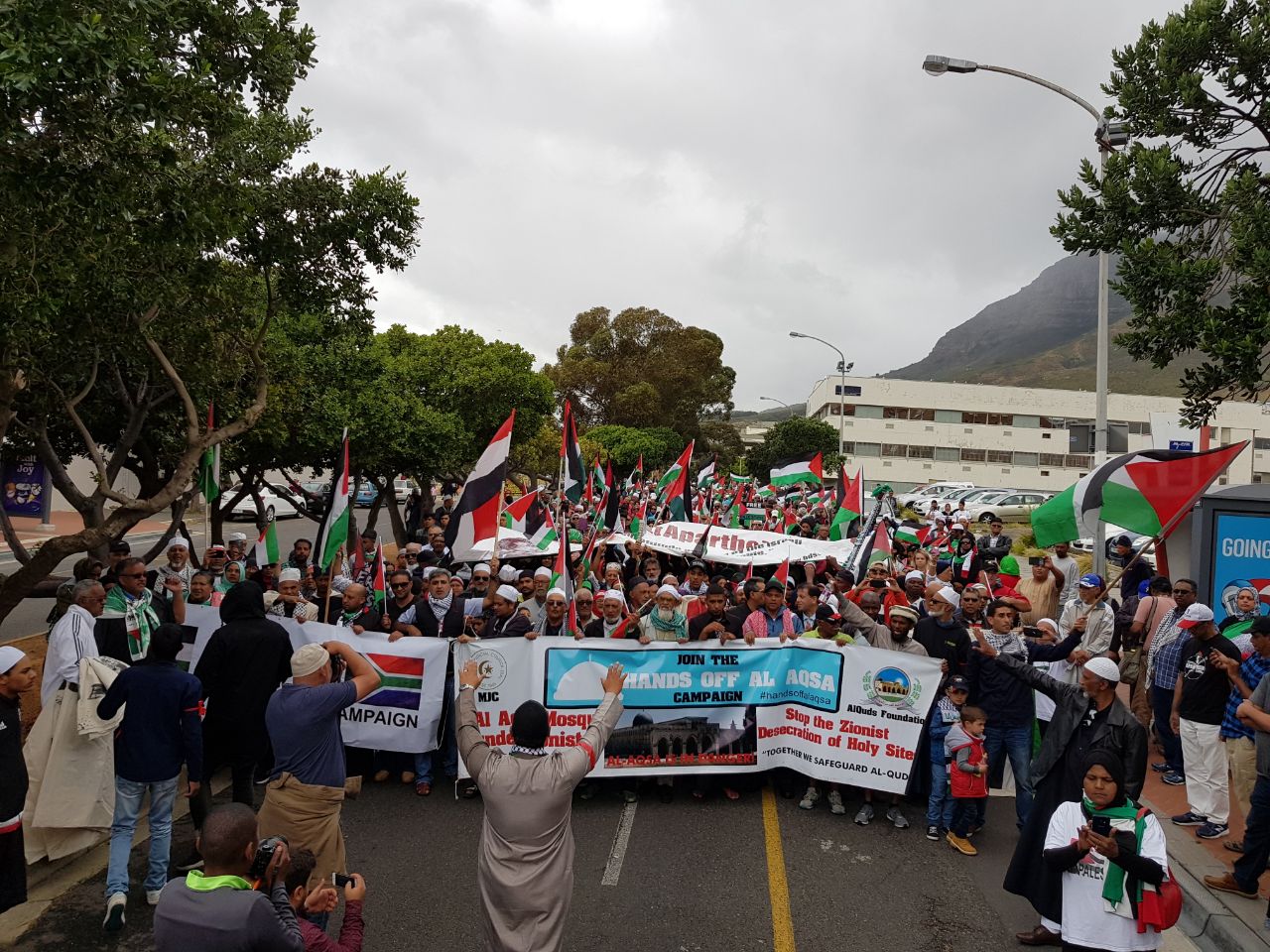 During the struggle against Apartheid we, members of different faiths came together unified in our opposition to Apartheid.

We come together again, members of different faiths, unified in our opposition to Israel’s regime of Apartheid.

We dialogue not for the sake of dialogue but, instead, we dialogue and hold hands in the process of working towards a better world, whether it was in the struggle against Apartheid, in lending our solidarity to the Palestinian people or in confronting issues facing our people here in South Africa. 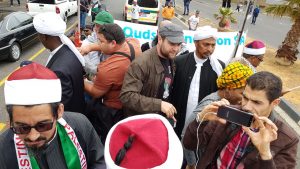 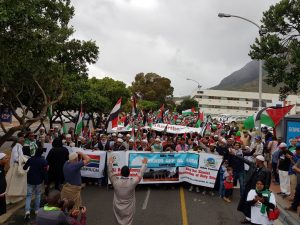 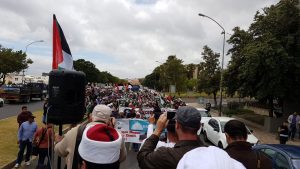 Today we gather here, firstly, to condemn the shamefulness of Donald Trump undermining of international consensus, international law and UN resolutions by unilaterally recognising Jerusalem (a Palestinian city of Palestinian Christians, Muslims and Jews) as the capital of Israel and a site for the construction of a new US Embassy.

Our prayers are, firstly, with the indigenous Palestinian population of Jerusalem who is most affected by Israel’s discriminatory policies. It is simply untrue that Israel respects the right to religion, for example, Israel routinely bars Palestinian Muslim men under the age of 50 from the Al Aqsa mosque and, for example, during Easter every year, Israel obstructs Palestinian Christians from praying at the Church of the Holy Sepulchre in East Jerusalem.

In a painful letter by Palestinian Christians and Churches from the Holy Town of Bethlehem to the ANC they wrote:
“We call upon the righteous nations today and most importantly our brothers and sisters in South Africa to lead the way into another page of history. While the USA at the hands of Mr. Donald J. Trump decided to diminish international law and the rule of law, South Africa has the chance to usher the world into marking this day as one where international law and the rule of law are respected and human rights and ethics are held up and protected…We call upon South Africa to downgrade its relations with Israel and Embassy in Tel Aviv. Israel is a notorious violator of endless and numerous international laws and regulations not only today not only yesterday but since its creation in 1948. Downgrading your embassy is an important step for what South Africa carries of ethical weight due to your long struggle against Apartheid and racism. We ask God’s blessings upon you and your conference to be led by the spirit so that a just peace with compassion will preserve the creation of God in our area. We are confident that the African National Congress is as an ally for justice and for all people who suffer the consequences of the occupation and Apartheid.” 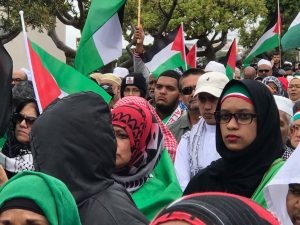 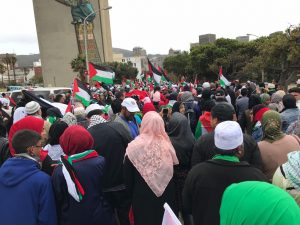 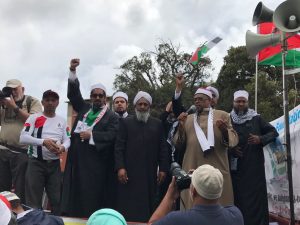 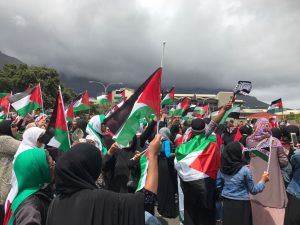 Palestinians across the religious and political spectrum have spoken in a unified voice urging us to go beyond words of condemnation and into providing practical solidarity. Who better than us to provide such solidarity – us South Africans the beneficiaries of international solidarity. We support the call by Palestinians and their progressive Jewish Israeli allies for the ruling party, the ANC to downgrade its Embassy in Israel to send a clear message to the regime that its human rights abuse, violations of international law, its annexation of Jerusalem and other Palestinian areas are completely unacceptable to peace and justice loving peoples of the world.

Finally, we welcome the growing movement from the Israeli society and Jewish community who are speaking up and against Israel’s human rights abuses – these leaders remind us of Oom Beyers Naude, Joe Slovo, Ruth First and others who, from within their own communities spoke out and against the Apartheid government during the 1980s.

Since the announcement by Donald Trump there have been and are various events and actions across the country including these three events:

This past weekend we witnessed various South African churches participating in a successful prayer against the USA and Israel’s violations of international law and in support of the downgrade of the SA embassy in Israel. This prayer will be repeated this coming weekend as well.

On Wednesday 13 December 2017, there will be an interfaith protest to the Parliament of South Africa at 11h00 against the USA and Israel’s violations of international law and in support of the downgrade of SA embassy in Israel. This prayer will be repeated this coming weekend as well.