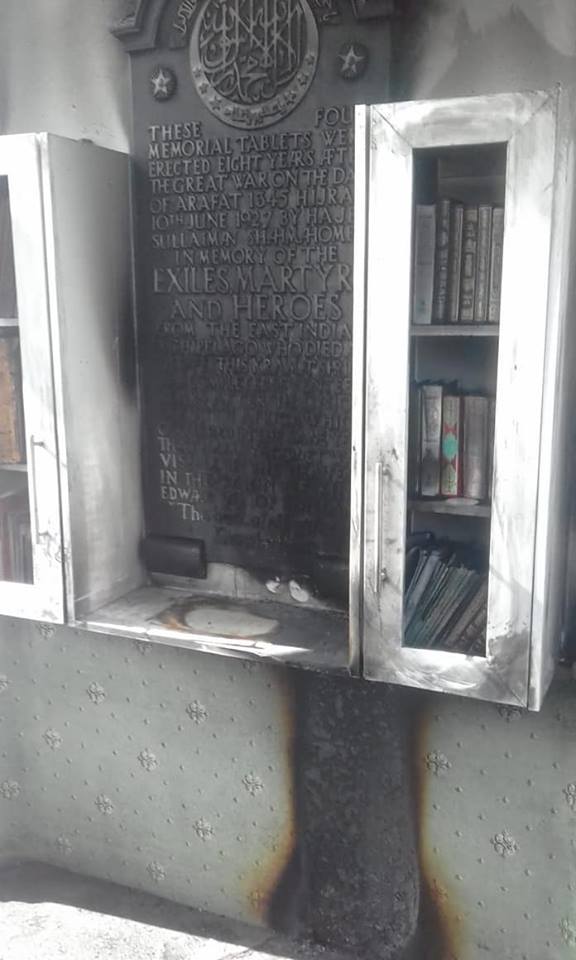 The Muslim Judicial Council (SA) is highly distressed and dismayed at the arson attack which took place at the Sayed Mahmud Mazaar in Constantia on Tuesday morning.

The Mazaar’s (fondly known as Kramats) of the Cape are graves of influential Muslims who, under the yoke of oppression and torture, spread the religion of Islam.

“The blatant disrespect shown toward Muslim burial sites – especially those that we revere – and to the dead is a cause of great concern,” said Head of the Muslim Cemetery Board and 2nd Deputy President of the MJC, Shaykh Riad Fataar.

“In the past, there seemed to have been attempts at the same thing, and it stopped. We hope this is not a resurgence of the same.”

According to the caretaker of the Mazaar, two men asked to enter the premises to perform Fajr Salaah at the Mazaar. When the caretaker came out of his house, he saw the Mazaar on fire. The perpetrators fled the scene.

We call upon anyone with information, to please contact the police or the Cape Mazaar Society immediately so that the perpetrators can be brought to justice.