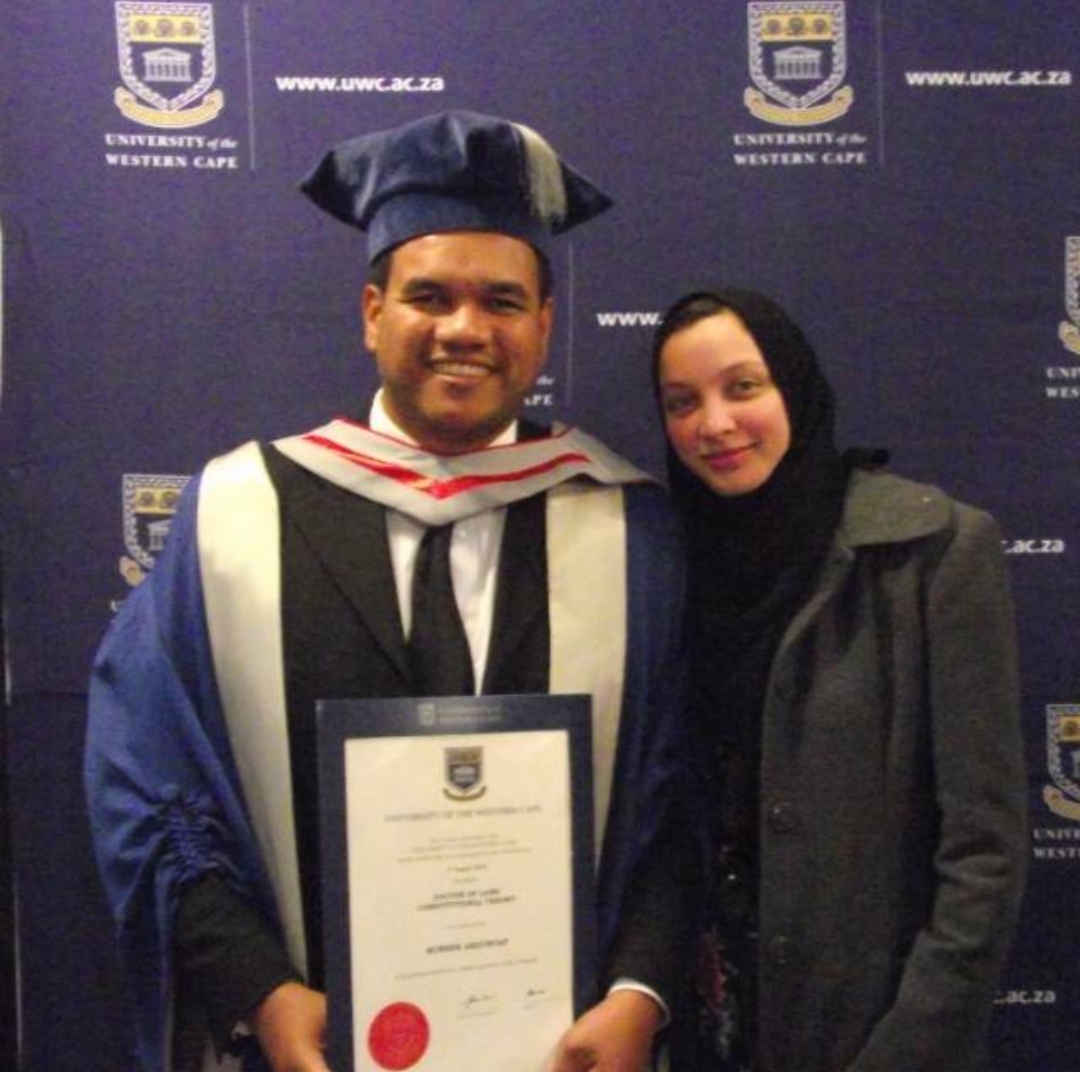 Mubarak (congratulations) to Shaykh Muneer Abduroaf who graduated as a Doctor of Philosophy (PhD) in the Faculty of Law at the University of the Western Cape on Monday.

The second aim was to investigate whether the Islamic law of intestate succession would pass constitutional muster, due to its unequal distribution of shares.

Shaykh Abduroaf has addressed these aims and given recommendations as to the way forward. The comparative analytical between the Islamic and South African laws of succession was commended by all the examiners. One of the examiners stated that the research contributes significantly to a solution to South African Muslims in practising their personal laws of succession.

Shaykh Muneer Abduroaf is an MJC Executive member, Attorney and UWC Law Faculty Lecturer. He is the  officiating Imaam of Masjidur-Raoof in Highlands Estate, Cape Town, South Africa since 2005.

He is the son of Sheikh Abduroaf and Hajah Rukayah Abduroaf. He is the direct descendant of one of the founding fathers of Islam in South Africa (Tuan Guru).

We make dua that Allah grants Shaykh Muneer success in all his endeavours and may he be an inspiration for our next generation, Ameen.