MJC supports the call for a safer Bonteheuwel 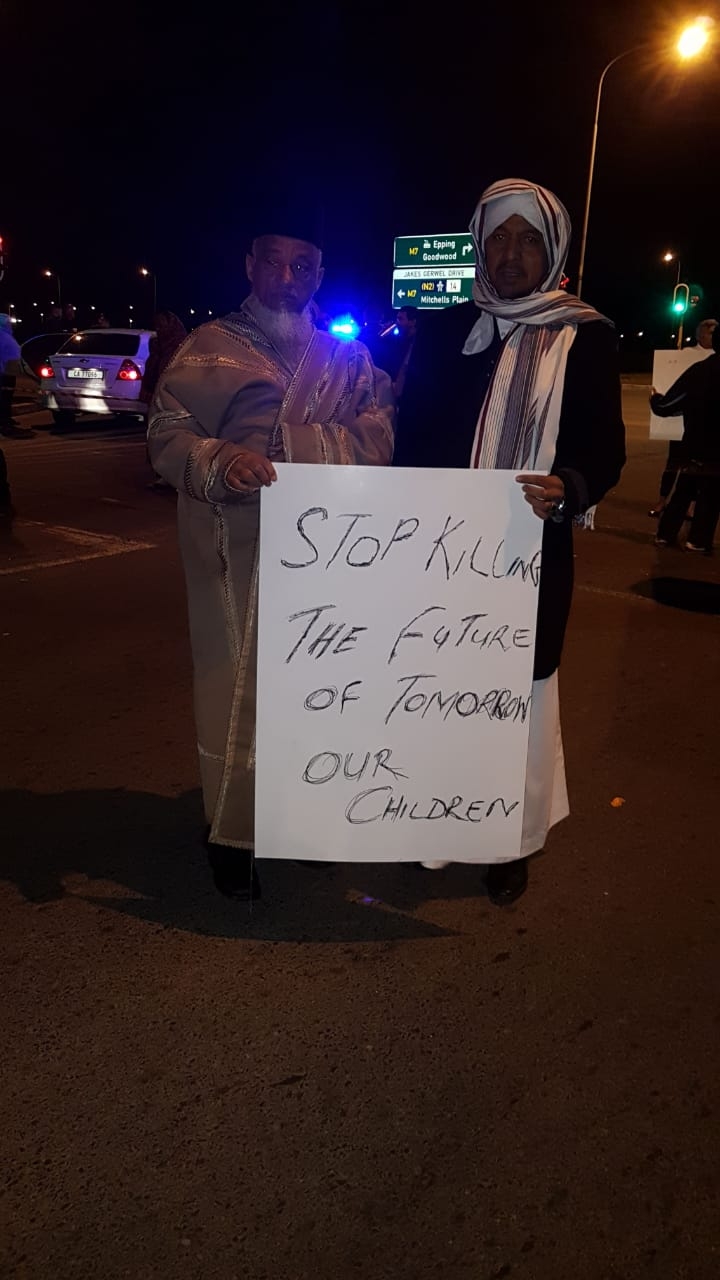 The Muslim Judicial Council (SA) joined the Bonteheuwel community in closing access to the area to protest against gangsterism, crime and violence on Wednesday morning.
The community is demanding a safe and peaceful area wherein children can play, people can walk, and teachers can teach without the fear of being shot at or even killed by gangs.
During this peaceful protest, police fired rubber bullets and teargas at the crowd. The MJC President, Shaykh Irafaan Abrabrams as well as the MJC’s former President and Exec member, Shaykh Ebrahim Gabriels were present at the time, with the former being affected by the teargas. Shaykh Abrahams is recovering well.

According to community representatives, people were peacefully blocking Jakes Gerwel Drive outside Bonteheuwel. Police fired teargas and rubber bullets to disperse the crowd and minor injuries ensued.
“Just over a week ago, six people were killed within two days in this area. All the community wants is extra police resources to ensure the area is free of gangs, crime and violence. It was not necessary for the police to use violence on a crowd that consisted mostly of the elderly, physically challenged, mothers, fathers and the youth,” said Shaykh Gabriels.
“Last Friday the community of Kensington and Factreton protested. Today it’s Bontehuewel. We don’t need these protests if authorities acknowledged and resolved the community’s requests for a safer society. However, all previous attempts at engaging them have fallen on deaf ears,” Shaykh Gabriels concluded.