The Passing on of a Giant- Sh. Muhammad Mahmoud Al Tabalawi 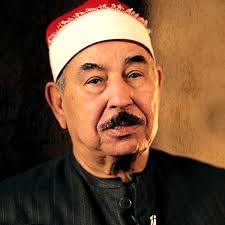 The Muslim Judicial Council (SA) is saddened by the news of the passing on of one of the greatest Quran reciters of our time. We expresses our sincere condolences to the Egyptian people for the passing on of Sh Muhammad Mahmoud Al-Tabalawi.

Sh Tabalawi was the Head of the Union of Reciters in Egypt and a well respected personality internationally. The South Africa Muslim community was fortunate to have hosted the late Shaykh and was able to benefit from his immense knowledge and talent.

We ask Almighty Allah to grant him the highest place in Jannah. Aamin.