Moulana Abdurragmaan Khan as new Mufti of the MJC (SA) 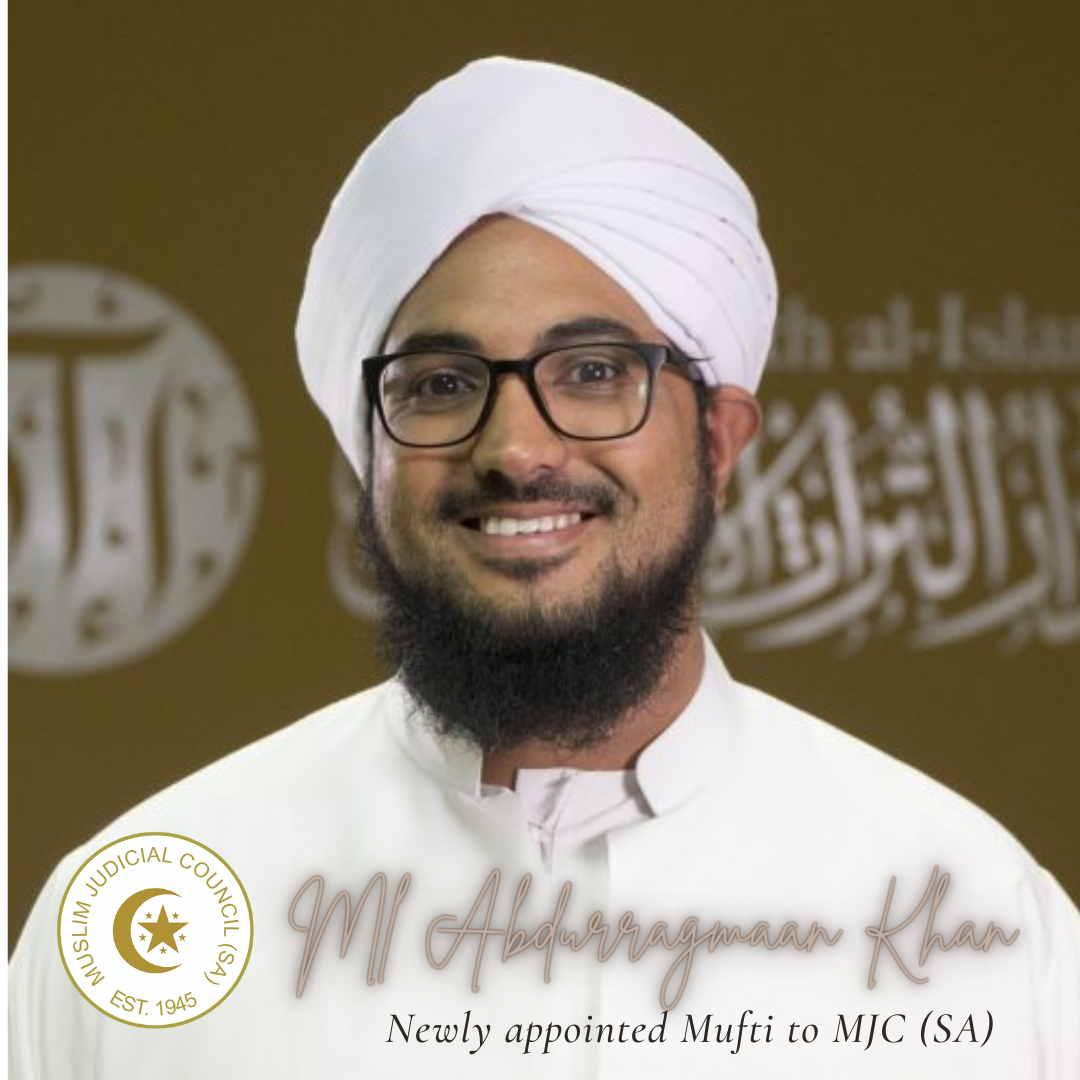 Shaykh Abdurragmaan Khan completed the memorization of the Qur’an under Shaykh Ismail Londt at the Dār Ubaiy Institute in 2000. He went on to graduate from the Dār al-‘Ulūm al-‘Arabiyyah al-Islāmiyyah in Strand in 2006, benefiting greatly from its lecturers, particularly its founder and principal, Maulana Taha Karaan.

After graduating, Shaykh Abdurragmaan served as a lecturer at the same institute from 2006 to 2015. In 2009, he established Dar al-Turāth al-Islāmi (DTI) and continues to serve as the Rector.

In 2011, Shaykh Abdurragmaan co-founded the Maḥabbah Foundation and was honoured to join the Fatwah Committee of the Muslim Judicial Council of South Africa in 2013. He is also an Imam at Masjid Khidmah al-Islām, Taronga Road, Cape Town. In addition, he teaches for SeekersGuidance, and appears regularly on the Voice of the Cape Radio.

Maulana Abdurragmaan received ‘ijazah in the Qirā’ah of Imam Kisa’i from Shaykh Idrīs from Malawi and is currently reciting the seven Qirā’ah to Maulana Saleem Gaibie. He hopes to continue to benefit the Ummah by sharing and preserving the legacy of Imam Al-Shafi’i (radiya Allahu ‘anhu).