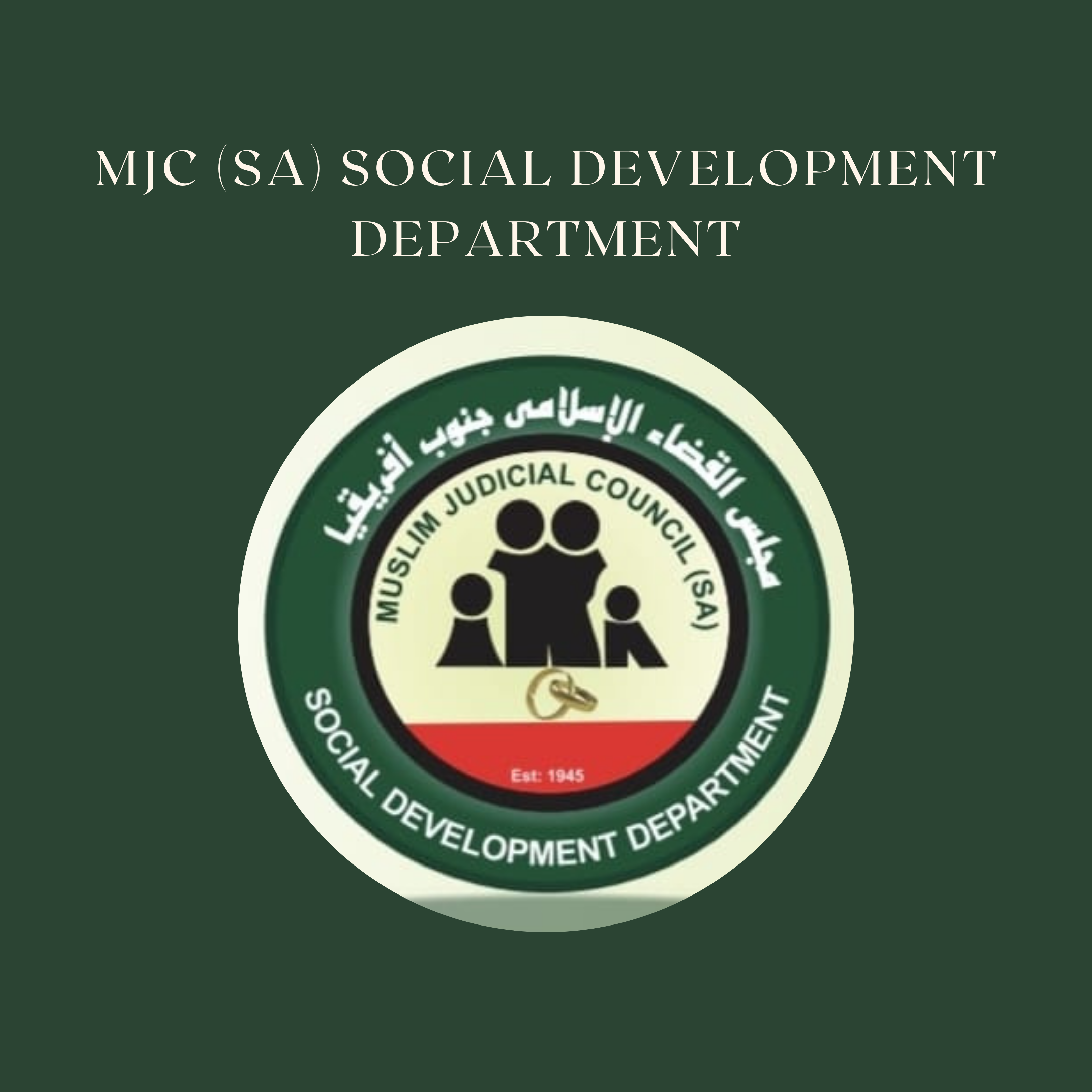 Women in Islām are thought to be subjugated, degraded, oppressed – but are they really? Are millions of Muslims simply that oppressive or are these misconceptions fabricated by a biased media? At the very beginning of this paper we would want to ask a question, stating that never has this question come from the mouth of the believing women, those that say that women in Islām have no rights and are oppressed, have you ever spoken to a Muslimah (a Muslim woman) before?

Let us now look at what the dīn-al-Islām say about the “Rights of Women in Islām”. Allah says in sūrah al-Baqara, verse 228

“And for women are rights over men, similar to those of men over women.”

Over fourteen hundred years ago, Islām gave women rights that women in the West have only recently began to enjoy. In the 1930’s, Annie Besant observed, “It is only in the last twenty years that Christian England has recognised the right of woman to property, while Islām has allowed this right from all times. It is a slander to say that Islām preaches that women have no souls.” (The Life and Teachings of Mohammed, 1932).

Men and women all descended from a single person – the Nabī Ādam (Prophet Adam – peace be upon him). Islām does not accept for either of them anything but justice and kind treatment.

Men and women worship Allāh in the same way, meaning they worship the same Allāh, perform the same acts of worship, follow the same scripture, and hold the same beliefs. Allāh judges all human beings fairly and rightfully. Allāh emphasises the just treatment and reward due to both men and women in many verses of the Qur’ān, sūrah Taubah: 72

“Allāh has promised the believers – men and women – Gardens under which rivers flow to dwell therein forever, and beautiful mansions in gardens of ‘Adn (Eden; Paradise). But the greatest bliss is the good pleasure of Allāh. That is the supreme success.”

“Never will I allow the loss of the work of any worker amongst you, male or female; you are of one another.”

These verses show that reward is dependent upon one’s actions and not one’s gender. Gender does not play any part in how a person is rewarded and judged.

If we compare Islām to other religions, we see that it offers justice between the sexes. For example, Islām dismisses the idea that Ḥawwa (Eve – peace be upon her) is more to blame than Ādam (pbuh) for eating from the forbidden tree. According to Islām, Ādam and Ḥawwa (pbut) both sinned, they both repented and Allāh forgave them both equally.

Both men and women are equally encouraged to seek knowledge. The Prophet ﷺ said,

“Education is compulsory for every Muslim.”

Also, great female Muslim Scholars existed at and around the time of the Prophet ﷺ. Some were from his family and others were his companions or their daughters. Prominent amongst them was ‘Ā`isha (RA), the wife of the Prophet ﷺ through whom a quarter of the Islamic law has been transmitted.

Other females were great scholars of jurisprudence and had famous male scholars as their students.

Equal Right to Choose a Spouse

Islām has honoured women by giving them the right to choose a spouse. Additionally, many have the impression that parents force their daughters into marriage. This is a cultural practice, and has no basis in Islām. In fact, it is prohibited.

At the time of Prophet Muhammad ﷺ, a woman came to him and said, “My father has married me to my cousin to raise his social standing and I was forced into it.” The Prophet ﷺ sent for the girl’s father and then in his presence gave the girl the option of remaining married or nullifying the marriage. She responded, “O Messenger of Allāh, I have accepted what my father did, but I wanted to show other women (that they could not be forced into a marriage).”

In fact, nowhere in this dīn-al-Islām does it say that a woman may not propose marriage to a man. We remember when the Prophet ﷺ at the tender age of 25 years, a beautiful lady by the name of Khadīja (RA) became infatuated by him and sent her cousin to propose marriage to him.

Aside from external and internal bodily differences, scientists know there are many other subtle differences in the way the brains of men and women process language, information and emotion, just to mention a few.

A socio-biology expert, Edward O. Wilson of Harvard University, said that females tend to be higher than males in verbal skills, empathy and social skills, among other things, while men tend to be higher in independence, dominance and mathematical skills, rank-related aggression, and other characteristics.

It would be foolish to treat both genders the same and to ignore their differences. Islām teaches that men and women have complementary, yet different, roles because it is best suited to their nature. Allāh in sūrah Āl-‘Imrān, āyah 36:

“Does not the One who created, know? And He is the Most Kind, the All Aware.”

Allāh created men and women to be different, with unique roles, skills and responsibilities. These differences are not viewed as evidences of superiority or inferiority, but of specialisation. In Islām, the family is of central importance. The man is responsible for the financial wellbeing of the family while the woman contributes to the family’s physical, educational and emotional wellbeing. This encourages cooperation rather than competition. By fulfilling their mutual responsibilities, strong families are created and hence strong societies.

Also, emotionally, neither men nor women live a happy life without one another. Allāh describes this beautifully in sūrah al-Baqarah, āyah 187 by saying:

Clothing provides comfort, warmth and security as well as making one look good – this is how the relationship between the husband and wife is defined in Islam.

The Prophet ﷺ also encouraged men to treat their spouses in the best way:

“And among His signs is that He created or you wives amongst yourselves that you may dwell in tranquillity with them; and He has put love and mercy between your (hearts). Surely in this are Signs for people who reflect.”

‘Ā’isha (the Prophet’s ﷺ wife) was once asked how the Prophet’s conduct was in his home. She said, “He was like one of you at home, yet he was most lenient and most generous … He was ready to give a helping hand to his wives in the ordinary work of the house, [he] sewed his own clothes and mended his own shoes.” In general, he helped in whatever work his wives did.

A mother has the greatest influence on a child especially in the earlier years through her affection, care and love. Undoubtedly, the success of a society is due to mothers. Therefore, it is only right for Islām to honour and raise their status.

“And we have enjoined on man to be dutiful and kind to his Parents, His mother bears him with hardship and she brings him forth with hardship.”

In the ḥadīth narrated to us by Abū Hurayrah (RA) that a man asked of Rasulullahi ﷺ:

Reward is not only given to the good and kind treatment towards mothers. In fact, Islām has designated a special reward for raising daughters that is not granted for raising sons.

Before Islām, women were considered shameful, female children were buried alive, prostitution was rampant, divorce was only in the hands of the husband, inheritance was only for the strong, and oppression was widespread. Islām came and abolished these practices. Even now, in “developed countries”, women are not granted respect, dignity and honour, let alone equal pay for equal work. Islām, however, regards women as precious and valuable, not to be disrespected or disgraced. The mistreatment of women in some Middle-Eastern countries or Muslim families is due to cultural factors that some Muslims wrongly follow, not because of Islām. Why would many women around the world willingly enter Islām if it is an oppressive religion?

We end with the words of our Lord and your Lord, the Creator and Sustainer of all men and women: sūrah al-Aḥzāb, āyah 35