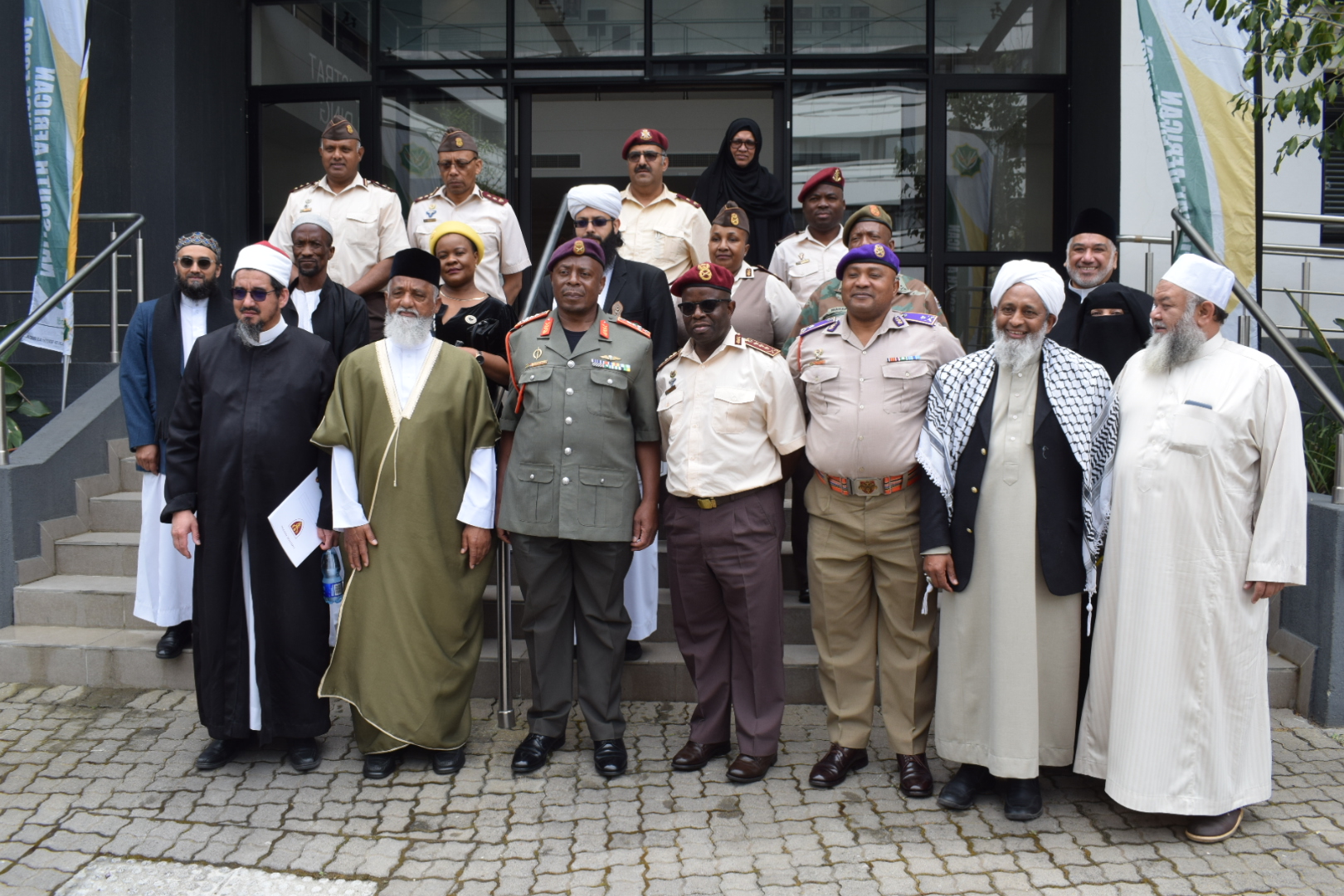 The Muslim Judicial Council (SA) yesterday conducted a ceremonial handover of the camouflage covered copy of the Noble Qur’an to be used by the servicemen and women in the SANDF. The MJC(SA) serves as the Religious Advisory Board for the SANDF and works closely with the SANDF regarding nominations for the post of Muslim Chaplain in the SANDF.

For years, the military only facilitated copies of the Bible for its soldiers and now, they have copies of the Quran for their Muslim members as well. The function took place at the 2 Military Hospital in Wynberg and was graced by the leadership of the MJC(SA) and senior officials in the SANDF amongst whom were the Chief of the SANDF General R Maphwanya, the Surgeon General Lieutenant Gen Maphaha as well as Chaplain General Brigadier Gen Masweu. The gathering was also graced by the Muslim servicemen and women in the SANDF stationed at 2 Military Hospital. 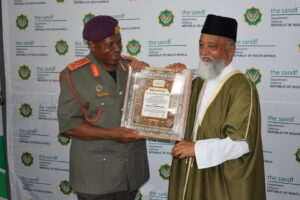 The launch is a culmination of twelve years of hard work done by our brothers and sisters in the SANDF with special mention given to Chaplain Shaykh Abdullah Abrahams who serves as the Muslim Chaplain in the Western Cape and Dr Riaz Ismail both of whom are stationed at the 2 Military Hospital. 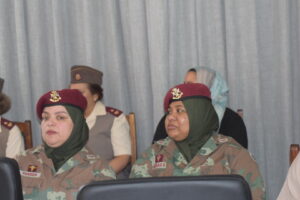 “The camouflaged covered copy of the Quran, as per military specifications, is the first of its kind in a western military and is a proud moment for the SANDF” said Colonel M.A Mothopeng of the SANDF Pastoral Services. The ceremony marks a profoundly unique achievement, the very first of its kind for any military.

The MJC(SA) wishes to thank Awqaf (SA) who enthusiastically agreed to partner with the MJC(SA) on this project. Awqaf (SA) also announced that they will be donating future copies of the camouflage covered copies of the Quran to the SANDF.

The MJC(SA) also wishes to thank the Chief of the SANDF for his presence at the ceremony as well as the Chaplain General for facilitating the ceremonial handover.