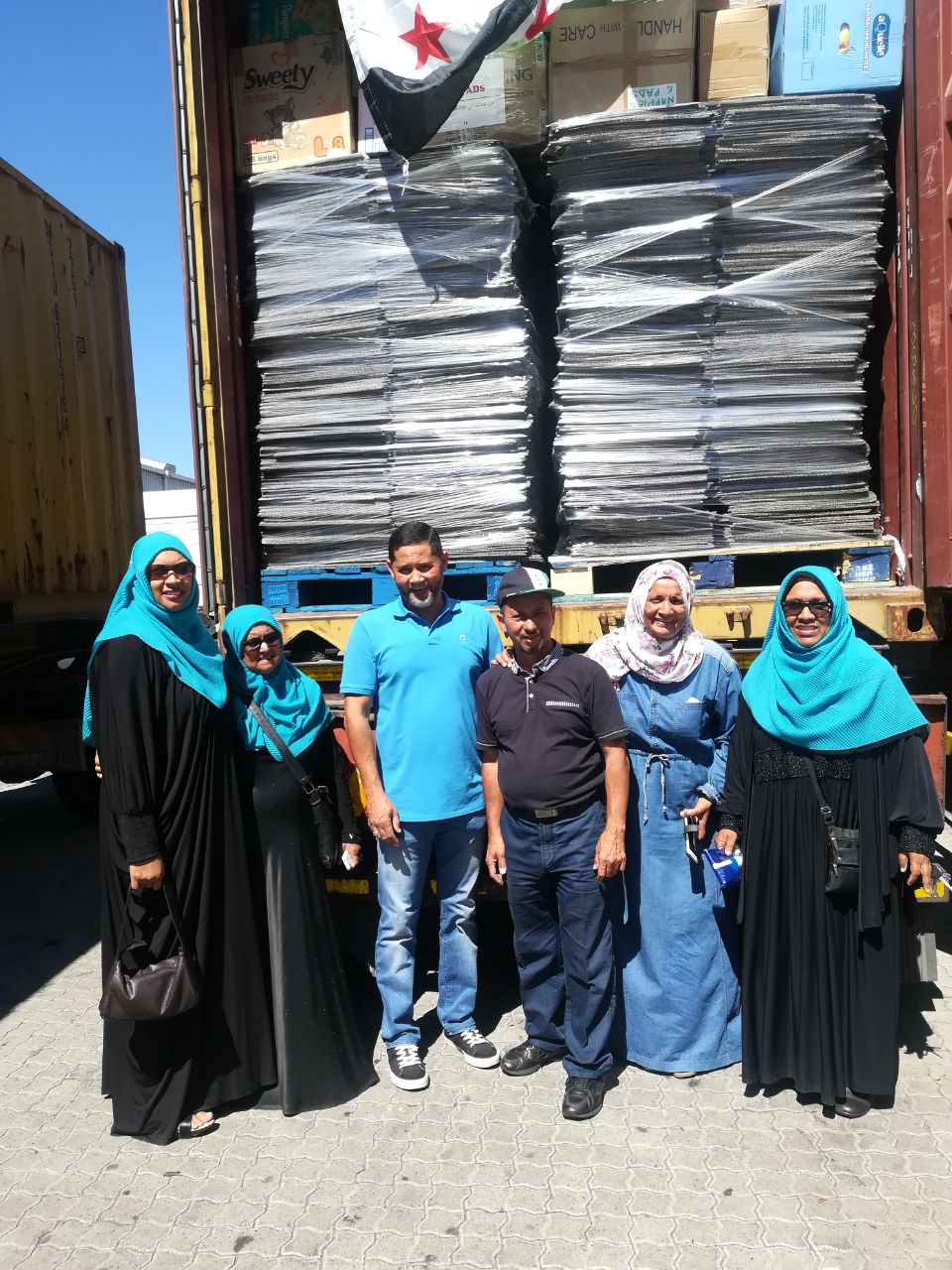 Two shipping containers of relief aid were closed and transported to the Cape Town harbour today where it will make its one month journey to Syrian Refugee camps on the Turkey/Syrian border.

The containers were filled by the Muslim Judicial Council’s Women’s Forum, who rallied regional co-ordinators, family, friends and neighbours to contribute in order to support Syrian brothers and sisters who are now refugees. Many of the items donated included baby food, nappies, tinned food and sanitary packs for women.

According to the Turkish based humanitarian organisation IHH, women in Syria “are at the forefront of the victims of war and who are most affected by the oppression and brutality of the regime. Since the beginning of the war, women have been massacred in Syria, taken into custody, raped and used as hostages for blackmailing male relatives”. 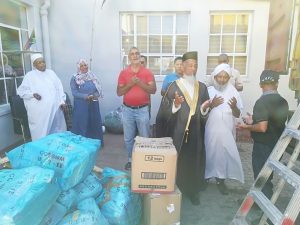 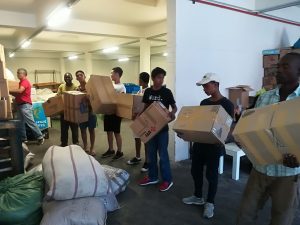 The MJC Women’s Forum thanks the South African community, especially Cape Town women, who rallied when the call was made to fill one container. “Allah Almighty has placed so much barakah (blessings) into the donations received that we were able to fill two containers instead of the one we initially intended, Allahu Akbar (All praise to Allah). We cannot thank the community enough,” said the Chairperson of the MJC Women’s Forum, Mualima Khadija Patel-Allie. 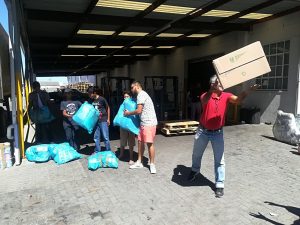 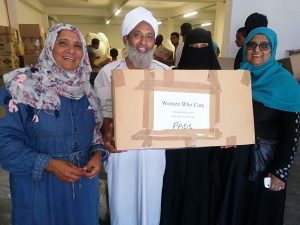 The containers are set to leave on Tuesday from Cape Town harbour and will be delivered to IHH for distribution at various Syrian refugee camps.
Members of the MJC will be present to witness its distribution.