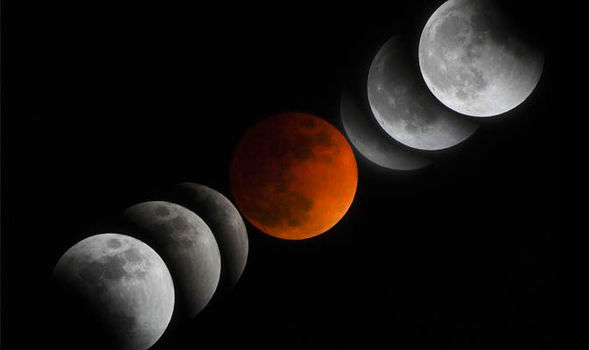 The longest total eclipse in a century will take place on 27 July 2018 and should be visible in South Africa — weather permitting.

What will we see?
The full Moon will rise just after sunset on Friday 27 July.

How can I observe this phenomenon?
You don’t need any special equipment to watch the Lunar Eclipse. Just go outside and look.

Can I observe other planets on the night?

Don’t miss Mars – the bright orange “star” near the Moon on Eclipse Night.

Don’t miss the Planets. On eclipse night, four planets will be easily visible to the naked eye. If you look for them, you’ll see that they stretch in a line across the sky, from Venus in the west to Mars and the Moon in the east – you’re looking at our flat solar system from the inside.

Venus is the very bright “evening star”, high in the west as the Sun sets; a small telescope with good optics and enough magnification will show a “half-Venus” – Venus has phases, like the
Moon. Venus will set as the eclipse starts.

Jupiter is also worth looking at with a small telescope – look for its four largest moons.

Saturn is another good telescope target – look for the rings.

Mars is at its brightest this week and noticeably orange – completely coincident that our planet is passing Mars, and we’re closer this time than we have been since 2003. It will be near the
eclipsed Moon – very cool sight!