‘Race’ and Racism in post-millenial post-apartheid South Africa: unmaking the past, making the future 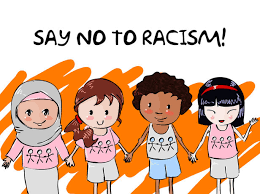 The persistence of racism more than two decades after the official abolition of apartheid, ought not to surprise us. Racism remains one of the many tasks that constitute the ‘unfinished business’ (Bell & Ntsebeza) we have inherited from the past, and have failed to adequately address. Spectacular public incidents of racism have drawn public outcries, and one such incident saw a landmark court judgment imprisoning the offender, Vicky Momberg. There are calls for the criminalisation of racism, and objections to such a manoeuvre from both the right and the left of the political spectrum – those who feel they will be unfairly targeted or feel that there will be a selective definition of racist hate speech aimed exclusively at the actions of white South Africans, not the actions of Black people, and those who feel that this will compromise a necessary commitment to freedom of expression if the definitions are too narrow.

At the heart of the question of racism, of course, lies the persistence of the currency of ‘race’ in everyday life in South Africa. We may well have come a long way from the definitions of the Population Registration Act of 1950, but those terms and the categories they constructed continue to haunt the South African public sphere. The raciological categories of the past have continued to be used, both by way of ascription and self-identification, for many South Africans. This is not unrelated to the continued material consequences that those terms have had, constructing racially exclusive communities and neighbourhoods, segregating almost every social institution from sport to religion, from education to marriage.

The attempts in the late twentieth century, those early years of the post-apartheid period, to overcome the consequences of racism in South Africa have mostly been unsuccessful. The concept of South Africa as a ‘rainbow nation’ was simply one aspect of such failed measures, simply reiterating in new guise the apartheid notion of the country as being ‘veelvolkig’ (made up of many nations), as J.M. Coetzee pointed out in his commentary on the figuration of identity in spectacle during the 1995 Rugby World Cup opening and closing ceremonies. Many of these attempts struggled to articulate a vision of ‘non-racialism’ engendered in the Freedom Charter in the 1950s, not taking into account the very different political economy, locally and globally, of the late twentieth and early twenty-first centuries.

Many attempts, well-intentioned as they are, tend to remain invested in notions of ‘race’ and racialised difference which do not take into account the philosophical and scholarly interventions of critical ‘race’ theory over the last generation. That ‘race’ is a social construction has become widely accepted; that it holds no biological veridical status has yet to be fully accepted, even across several disciplines in the academy. The old terms have persisted, along with the old ideas, and these became dominant in public discourse, both political and interpersonal, partly because of the specific generation of men and women who emerged from decades of imprisonment, exile and isolation, and tended to remain caught in older terms and conceptions of ‘race’ in South Africa that were not necessarily steeped in the shifts that ‘race’ had undergone both here, because of the Black Consciousness Movement and the Mass Democratic Movement, but also globally, as a consequence of philosophical and scholarly paradigm shifts.

The persistence of the biologistic and cultural conceptions of ‘race’ in South Africa continue to have significant consequences for citizens. However, is it time for all of us to ‘catch up’ and re-think our invested racial knowledge, as David Theo Goldberg has it? Ought we to move beyond what Ruth Frankenberg called ‘colour evasion’ and ‘power evasion’, towards ‘race cognisance’, in order to begin to work towards a truly anti-racist politics which will strive to engender a post-‘race’ polity, one in which the history of ‘race’ is not erased from significance, but in which the very real material and symbolic consequences of this phantasmatic fiction can be dealt with, and the twin ghosts of ‘race’ and racism can be exorcised from post-millennial, post-apartheid South Africa? What have we and our politicians to learn from the past in order not to repeat its mistakes?

In contemporary South Africa, and in the Western Cape specifically, the return of terms from the past to currency in the present, in everyday interactions between people, but also in the engagements of politicians and political organisations, must be accounted for. Why are terms such as ‘Coloured’ and ‘Indian’ or ‘Asian’ still used descriptively, as if they account for people and the world accurately and in a stable manner? What use are such terms put to and with what consequences in this moment? What political risks, if any accompany this (re)deployment of old terms?

Join ASRI and the Dullah Omar Institute for a panel discussion with leading researchers and thinkers on ‘race’ and racism in order to think beyond common-sense and its limits, and to reflect on whether we in South Africa have adequately taken in the scholarship on ‘race’ and racism over the last generation, across the public sphere, in political and social contexts, but also in the spaces where intellectuals work, the media and the academy.

RSVP to confirm your place.